The Victorian Dollhouse houses poems that take us to different times, even imaginary times.

i have slain all

of my guileless reveries —

the tips of my wretched fingers and

ruthless soul wait — as the now-motionless

hush their noon-time hum, the make-believe

as time continues to stretch

to fit within its frame.

The most feared, abhorred woman

In the pantheon of patriarchy

Has found her laurels in sequestered spaces,

In shamed faces and forbidden places,

And emerges with her daring visage,

By her tumbling mane streaming

Emerald and ebony in a star-studded dream.

She crushes men’s hearts with fear

To weaken their strut, who claim

The wombs of women for bargaining currency;

She doesn’t give a damn about the grandchildren –

They are pawns for competing sperm.

She laughs at the lineages of men, who drain

The lives of women in their ordered world.

She shapes her weapons and sharpens her aim

To take back men’s bartering with just gain.

All for the sight of a baby’s picture;

We had such stuff forced down our throats

Before we bloomed and began to menstruate.

We were expected to blindly copulate

With men who had no inkling of life

Or love, or how to fornicate. Or be abhorred

For wanting to choose some other path,

Rather than breed and populate, and go on all fours.

What is required to take back our life?

What is the royal road to freedom but defiance?

What about a teacher at school who presumed

I was strange because I was not consumed by boys

Although I perceived them as my equal?

How he wanted to be gallant and smart!

He wanted my attention ruined by false pursuits;

I was more in love with creating art;

To his agenda, I jarred; I didn’t suit.

Punishment follows the ship of fools

Like the tale of 10-year-old girls at a school

In ’70s Australian education, taken out of class

And lined up for internal examination,

To ensure their parts functioned for their role

As future baby-makers. No one grasped

The absurdity of the notion, or the stupidity –

Or was it a feint for a sinister motive?

How can you read a child’s seed within a child?

I trace my form in Lilith, in the rivers

Of her hair, her shadow upon the threshold,

Absorbed in her reflection, wildly steeped

In her abolished history as she forms my breath

And stipulates the drive of my incarnation, to live

At the edge of conformity, to reach for boundless

Expression, to strive for unfettered bounty;

I write my own life upon imperishable stone

To make the watchword of my imperative known.

We are born as Lilith in one form or another;

We will not be judged by our weight, our looks

Or the worth of our womb, to be bought or sold;

This is mine, the kingdom of my bodily form,

There is no price upon it; container of stars,

A closed book of galaxies to be awakened

Awaiting the stirring of the furthest night

Imprinted, ready in the moment of life.

If we mark time with children

while we loose time. 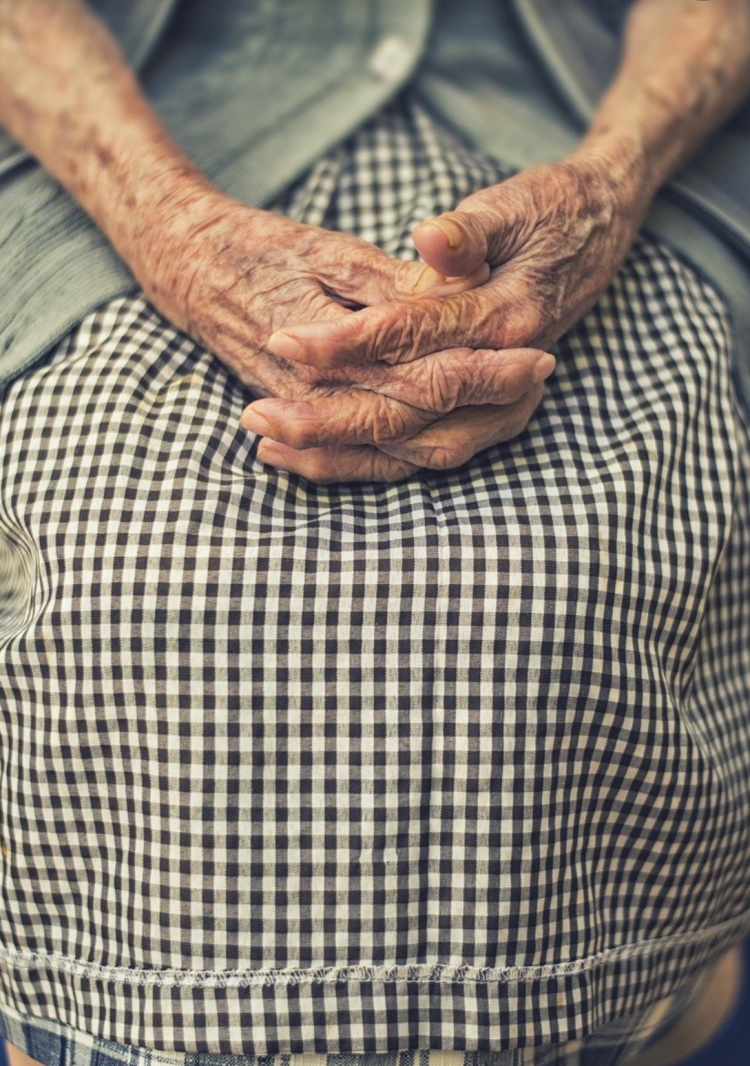 Like the Morton salt girl, they never wavered from a belief in infinite regression. Thou shalt covet the trajectory of babushka.  On the shore of the Volga, past daydreams of Venetian blinds, a pair of silk stockings with tender black seams curled through forest branches luring woodcutters from their benches. Finally they settled around the neck of a rooster girl like a timid scarf with a broom & basket thesis.  It was then that the Matryoshka dolls ripened into their universe:

​​ they whirl to Stravinsky’s The Rite of Spring & cup the borders of empty—​​ dream of gauzy negligees, saucy slippers & catwalks carpeted with hay—

beckon endangered leopards to drink slowly from their halves

​ they masquerade as spice jars—

​pose as proletariats in the pantry—

​as they wear folktale embroideries of magic rubles, sacred valleys

it is their red of reds that hums the hum     how easily we hide in one another. 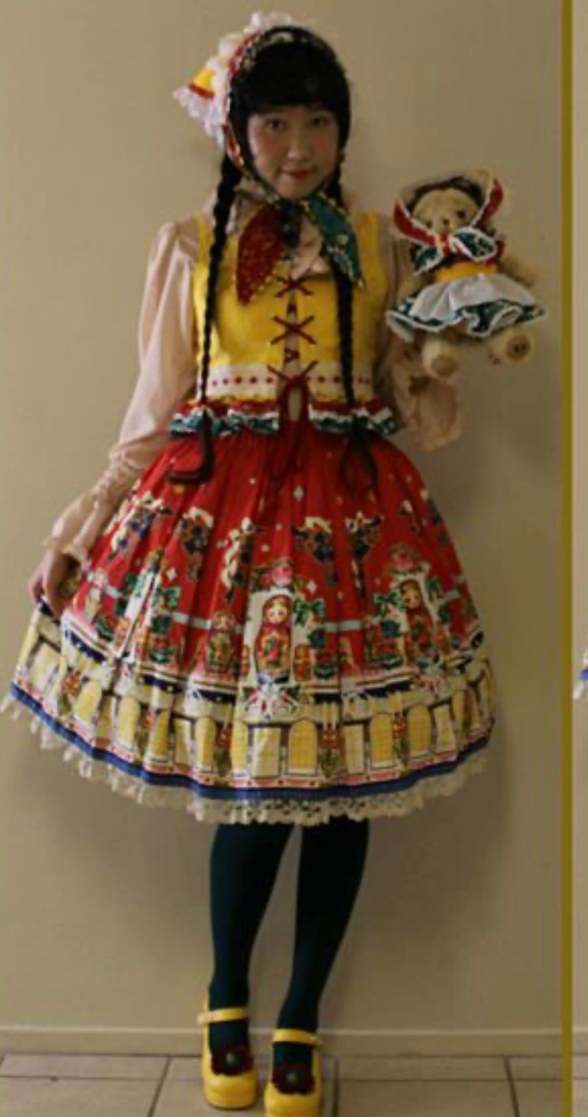 Rikki Santer’s poetry has received many honors including five Pushcart and three Ohioana book award nominations as well as a fellowship from the National Endowment for the Humanities.   Her eighth collection,Drop Jaw, inspired by the art of ventriloquism, was published by NightBallet Press in the spring. Please contact her through her website:   www.rikkisanter.com

Young royalty
Watch the throne
If Kanye & Jay Z taught you anything
They asked for you to keep going
Knave, there will be different things
You experience in life
That you won’t be able to explain
Defend or rebuke
We all have just look at history
In this age, you live in a time where
So much power can be held in 140 characters
In a video
In a recording
In a march
In a hashtag
They may think you’re too young to make a change
and that we’re just a culture
deemed to create entertainment
Like the new era of new jack swing
Our lives are not a movie
This is not a plot for the remake of New Jack City
So let’s keep them from thinking you don’t know jack shit
And when the cards are right,
Know how to use them

Don’t lose yourself
There’s been a lot of Gotham nights
And darkness looms as it’s been lurking in the shadows for centuries
It’s mentally disturbing
Before recently some people have become so desensitized
To the fact that we almost have to laugh it off that people are too engrained in the history of yesterday
That any means of progress is seen as a threat
There are literally people out there in this world that literally want us to sit here,
Mentally chained down
While they have a grin on their face
They want us to go home
Paint a face on of happiness
With a red nose and colored hair
And let us clown ourselves into thinking our life is less than
You want us to become Jokers engulfed in rage and want us to terrorize
Just so you can send in people you beckon with your “bat signal” as if the so called “good” in you will eradicate the evil
That’s when we remember this
Don’t let them win
They see us as a wild card
And let’s make a positive change in this history
We can do this as kings
We can do this as queens
We are royalty
These moments are just adding jewels to our crown
Let us continue to fight
To be liberated
Of physical,
Emotional
Mental torment
This is not a laughing matter 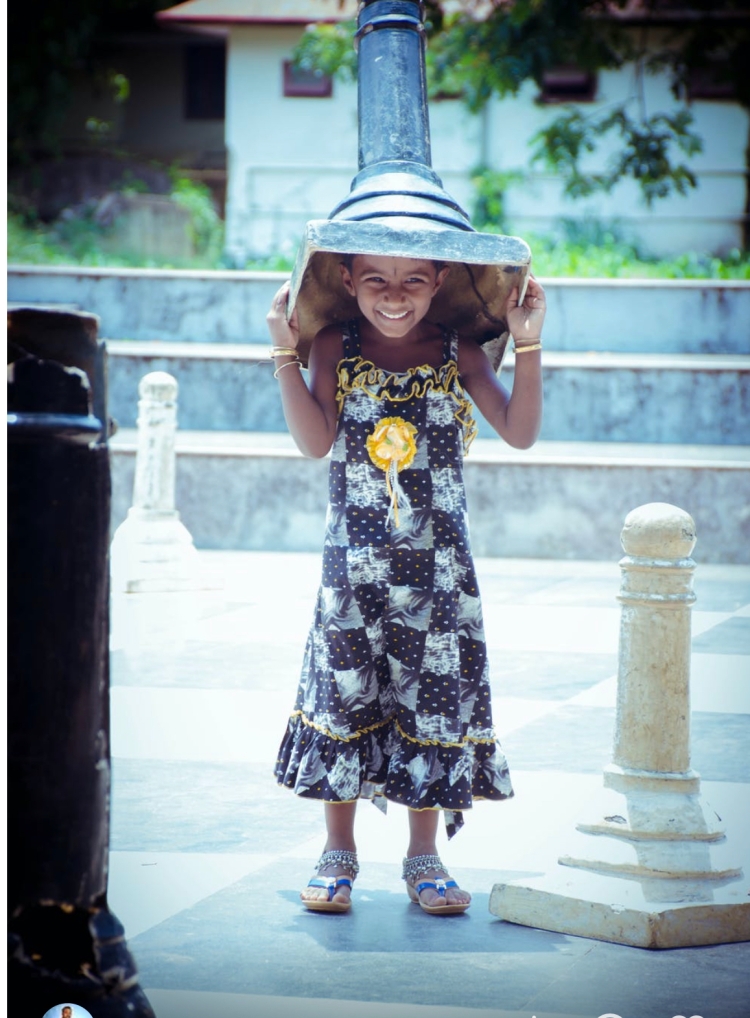 Fragments of the screes of anti-radar debris

In fathoms a-churn, dashed to smash in briny breeze

This coastal defence and yet…

Transient, ever radiant in oxidising rustability

A swooping gull’s mess just misses my shuffle and yet….

And whose hand then fed?

And whose hand now held?

And whose hand thence dipped?

To greyscale, to a bleak, blank, anonymous, at war austerity

“Should this cratered town not crumble cry?”

I am sanguine ready for sallow tearfall,

To salute the mist, to sea-spray effervesce, to expire, to die

As, brimful of recollections oft’ told too tall, I

Elect to atomise from endgame life.

Then something belch-parps that the future’s as bright

Through all the knuckling klaxons of memory

Tacked through all my rags of yesteryears

On which, though presumed drowned,

Though seen shot down,

I thought you might yet come back to me.

Barney Ashton-Bullock, is a ‘regular contributing poet’ to the Wellington Street Review and has had poems published (or pending so) in the New River Press Yearbook, the ‘Avalanches In Poetry’ tribute anthology to Leonard Cohen, SPAMzine, Scab Mag, -algia Press and in the ‘Soho Nights II’ and ‘Soho Nights III’ anthologies published by The Society Club Press who also published his debut collection ‘Schema/Stasis’. He is the playwright/poet/librettist in the ‘Andy Bell is Torsten’ queer music-theatre collective and narrates his own verse on the current Downes Braide Association album ‘Skyscraper Souls’.  His current poetry pamphlet ‘Café Kaput!’ is with Broken Sleep Books.

for the country folk

A journey of over four miles

for coffin, babe or bride

from the end of Birtle Common

out of Charnley’s Hills

they take its rain

within sight their steeple

as it cuts through the Steeles

The Kirkgate or Churchgate was an ancient trackway believed to be one of the oldest in Lancashire and which connected churches in the South West of the county and linked up to others beyond. This poem focuses on the section which existed in the parish of North Meols (modern day Southport, UK) and how people that lived on the southern fringes of the parish had to walk almost four miles to baptise their newborn, attend weddings and carry the coffins of their dead. Birtle was a dialect term to describe Birkdale. Snuttering Lane is the name of an old Lane that followed part of the path. The Breeing Stone was a large boulder close to the Birkdale/North Meols township boundary which had a hole in it large enough to collect water which they sprinkled on the coffins. The Steeles was an area of open land of which the Churchgate passed through before arriving at St.Cuthberts church in Churchtown, the centre of the old parish. Part of the old track still exists today, and is still called Churchgate.